In October, we started planning a photoshoot session for a series of images that would best represent our emerging brand and the diverse team that makes up Skytree. Being a startup that prides itself on innovation, we went for something a little out of the ordinary…

We wanted to convey a group of individuals working together for a common goal and company purpose. Finely executing the photography work was Dave Pelham, a British photographer who has been living in Amsterdam for a few years and who is drawn to meeting people and knowing their stories. The ethos behind this project is to create authentic and impactful images that reflect who we truly are.

So, for the concept, we thought it would only be fitting that we show people our true colours. We asked each team member to convey a passion or interest they wanted to express – something that shows who they are. One of the things we like about Amsterdam is the number of talented and creative people that can and do flourish. There is something in this city that ignites a creative flair. At Skytree, we believe it’s important that people have the space to express who they are; to bring that part of them and not just leave it at the front door. The photoshoot took place in Dave’s studio located within the Broedplaats Volkskrant Building in Amsterdam Oost – a notable creative workspace among local and international talent. Over the next two days, Dave took the time to get to know everyone one-by-one and learn a bit about them. He is a great photographer who really makes you feel at ease and comfortable in front of the camera. What resulted, in the end, was a series of photographs that captured everyone’s personality and provides an insight into the life’s of the people who make Skytree happen.

You can also check out the headshots on the teams page. 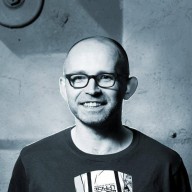